I.C.E is committed with the local firefighters

I.C.E is committed to maintaining the quality of the local firefighters because safety is everyone’s matter.

I.C.E chose to favour the availability of Romain Clerc, an electrical engineer at I.C.E and engaged as a volunteer firefighter in Chavanod. On January 25th 2018 an agreement was signed between Stéphanie Hynek, Human Resources Manager, Romain Clerc and the Fire and Emergency Service Departmental (SDIS).

At the end of 2015 a first agreement had been signed between David Da Costa, a volunteer firefighter and PLC engineer at I.C.E and the SDIS.

The decision to support David and recently Romain in their mission was obvious for I.C.E.
Romain has been a volunteer firefighter since January 2013 and as two-thirds of the firefighting volunteers, he is actively employed. This agreement allows him to enjoy a flexible schedule and combine his professional activity with his personal engagement.

At I.C.E, Romain is a safety and prevention officer and a skilled rescuer who can respond immediately in case of accident. 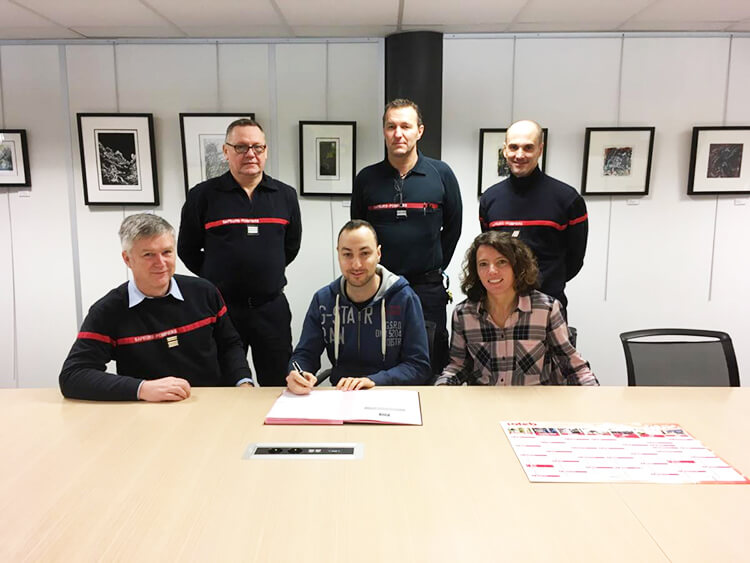